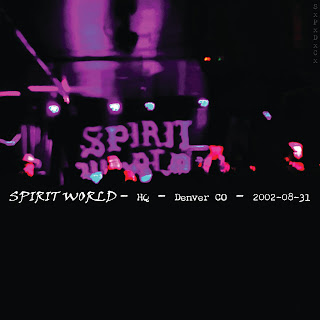 I first caught Spirit World opening up Obituary and Municipal Waste on the February 2022 Decibel Magazine tour at the Gothic.  I had heard some buzz about them but hadn't listened too them yet,  I made sure to get there early so that I didn't miss them.  Was an instant fan.  The country and western trappings put some people off but Spirit World goes hard.  Screamy vocals, with hardcore breakdowns and Slayer sounding riffs.  I dig it.   Live they are really high energy.
They have a killer new album out called Death Western and I'm sure they will be out hitting the road hard to spread the word.  I look forward to catching them again.
This was a big show night for me.  Elder, Bezelbong, and Dreadnaught were across the street at Hi Dive and Spirit World, 200 Stab Wounds, and Creeping Death were at HQ.  I was able to record both shows since they are so close and while I mostly watched the Hi Dive show I caught some of everyone.  Fun night.
Spirit World
HQ
Denver CO (USA)
2022-08-31
Recorded and Presented: SxPxDxCx
Source: AT933 C > SP-SPSB-1 > M10
Transfer: M10 > USB > Audition > CDWave > FLAC
Run time: (31:08.69)
01 - intro -
02 Moonlit Torture
03 Comancheria
04 The Bringer of Light
05 Godless
06 Relic of Damnation
07 Unholy Passages
08 Ulcer
09 Lujuria Satánica
10 Pagan Rhythms
LINK TO MP3 DOWNLOAD
LINK TO FLAC DOWNLOAD
LINK TO YOUTUBE STREAM
Posted by SxPxDxCx at 7:22 AM No comments: 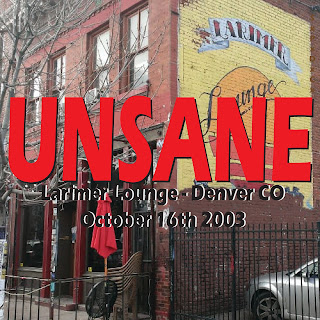 I've been a big Unsane fan since I first heard them in the mid 90s.  I go to see them anytime I can. In fact they are coming to HQ in Denver on February 22nd on the Early Cuts tour.  Can't wait.

This October 2003 Larimer Lounge show was a make up show for a May 2003 show that got canceled because the drummer broke his collar bone in a motorcycle accident.  Chris talks about it early in the set.  Below is the poster for that canceled show.  It was a bummer because I really wanted to see JJ Paradise Players Club.

For this October tour the were on the road with Turbo ACs.  Really fun show.  The setlist is all over the catalog but they do a bunch of songs from Occupational Hazard which is cool.  Some of the Turbo AC guys join the band for their last song Get Off My Back.
Back in 2003 the FOH booth used to be on the right hand side and closer to the stage.  Great spot for getting a lot of direct stage sound and a PA speaker right in front for the vocal mix.  Made a bunch of good recording from that spot.  Including this one.  Enjoy
Unsane
Larimer Lounge
Denver CO (USA)
2003-10-16
Recorded and Presented: SxPxDxCx
Source: AT933 >SP-SPSB-1 > Sharp 722 minidisc
Transfer: Sony MDS-JE330 > AAE-9 > Audition > CDWave > FLAC
Time: (54:25.19)
01 - taped intro -
02 Over Me
03 Sick
04 Committed
05 Lead
06 Wait to Lose
07 Can't See
08 Body Bomb
09 Hazmat
10 Out
11 Scrape
12 - interlude -
13 Alleged
14 Empty Cartridge
15 Get Off My Back
LINK TO MP3 DOWNLOAD
LINK TO FLAC DOWNLOAD
LINK TO YOUTUBE STREAM
Posted by SxPxDxCx at 4:18 PM No comments:

Email ThisBlogThis!Share to TwitterShare to FacebookShare to Pinterest
Labels: Unsane 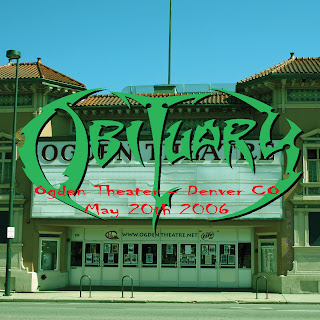 Obituary have a kick ass new album out called Dying of Everything.  Right up there with the best stuff they have ever done.  If you're a death metal fan you need to check it out.  Obituary are the masters of this style.  All Hail!
It got me to thinking about all the time over the years that I have seen Obituary.  Going back to the first time in 1990 when I saw them as part of the openers for Sacred Reich.  Cause Of Death hasn't dropped yet but they must have played some songs from it.  I can't recall.  They blew me away though and have been a fan ever since.  I also recall PIT Magazine out of Colorado Springs sending me a promo cassette around this time.
Today I am posting my 2006 recording of Obituary live at the Ogden Theatre in Denver Colorado.  I've seen a post for this show that lists Cephalic Carnage opening.  But on this night the openers were To Be Eaten, Dead To Fall, and Nicaraguan Death Squad.  Obituary were on tour for their new album at the time 'Frozen In Time'.  They play some stuff from that and some older classics too.  Great band.
Obituary
Ogden Theater
Denver CO (USA)
2006-05-20
Recorded and Presented: SxPxDxCx
Source: MBHO KA-200N > JK Labs DVC-V12 > JB3
Transfer: JB3 > USB > Cooledit > CDWave > FLAC
Time: (69:15.45)
01 - intro -
02 Redneck Stomp
03 On the Floor
04 Insane
05 Chopped in Half
06 Turned Inside Out
07 Threatening Skies
08 By the Light
09 Solid State
10 Back Inside
11 Find the Arise
12 Dying
13 Stand Alone
14 - encore -
15 drum Solo
16 Lockjaw
17 'Til Death
18 Slow Death
19 Slowly We Rot
LINK TO MP3 DOWNLOAD
LINK TO FLAC DOWNLOAD
LINK TO YOUTUBE STREAM
Posted by SxPxDxCx at 6:04 PM No comments:

Email ThisBlogThis!Share to TwitterShare to FacebookShare to Pinterest
Labels: Obituary 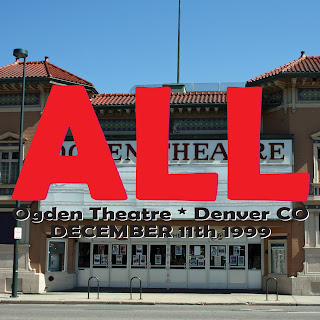 This was my first time seeing ALL.  This is ALL era with Chad Price singing.  They were still touring behind Mass Nerder.  At this show they opened up for Pennywise and King Rat was on the bill as well.
I recall I got down to the Ogden to find that the show was sold out.  Bummed out I remembered that I had an old ticket in my pocket for a Mike Ness show from Spring of 1999 that I never used.  I noticed that the Pennywise tickets were printed on the same color card stock so I went ahead and got in line.
Lady taking the tickets didn't even look at it when she tore it so I was in.  I should have bee lined it into the venue but hung around the lobby for a sec and I hear the lady saying "it's that guy right there"  A venue employee came up to me asking to see my ticket.  I reached into my pocket and felt the ticket stub and a $20.  I pulled the $20 out thinking it might smooth things over but he says "You are not welcome at the Ogden Theater tonight" and escorted me out.
Once outside I was immediately greeted by a guy who wanted to sell an extra he had.  I gave him my $20 and got back in line.  The guy who had patted me down now for a second time says "oh man everyone is looking for you" and almost immediately I got asked to leave again.
Not wanting to be deterred at this point I walked to my parked car.  I was wearing a regular t shirt over a long-sleeved Fantomas shirt.  I switched it around so the long-sleeve was the outer layer, put my long hair in a pony tail and tucked it in the back, and left my glasses in the car.
Now the guy, who is patting me down for the 3rd time, doesn't recognize me but sees my shirts and says "dude!!  Fantomas rules!!" and let's me in.  Then my actual show ticket gets torn and I was in!!  I headed right into the venue with a quickness.  I didn't even really know ALL that well or care that much about Pennywise but I was not going to be denied I guess.  All this with a pocket full of recording gear.  These are not the droids you are looking for.
I managed to record the ALL and Pennywise sets and snagged a cool Kuhn Pennywise poster off the wall on the way out as well.  Oh what a night.
I'm not sure I had ever listened to this recording since I recorded it.   It sounds like the Ogden did back then.  Kind of barn like but there isn't much chatter around me and the muddy mix gets better after the first song.   It is what it is.   I've enjoyed listening back to it the last few days.
ALL
Ogden Theatre
Denver CO (USA)
1999-12-11
Recorded and Presented: SxPxDxCx
Source: CSBs > Sharp 722 minidisc
Transfer: Sony MDS-JE330 > AAE-9 > Audition > CDWave > FLAC
Time: (35:57.51)
01 Perfection
02 I Wanna Be a Bear (Descendents)
03 I’ll Get There
04 Fairweather Friend
05 Bubble Gum
06 Think the World
07 Dot
08 Gettin' There
09 Silence
10 World's on Heroin
11 Skin Deep
12 Breakin' Up
13 Honey Peeps
14 Refrain
15 Romantic Junkie
16 Weinerschnitzel (Descendents)
17 Until I Say So
18 Fool
19 Life on the Road
LINK TO MP3 DOWNLOAD
LINK TO FLAC DOWNLOAD
LINK TO YOUTUBE STREAM
Posted by SxPxDxCx at 1:33 PM 1 comment:

Email ThisBlogThis!Share to TwitterShare to FacebookShare to Pinterest
Labels: ALL 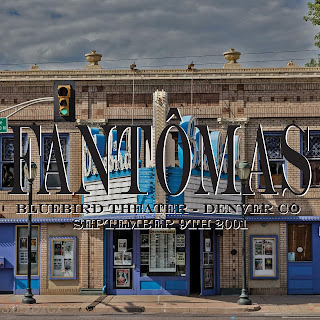 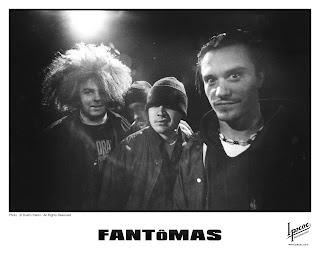 Email ThisBlogThis!Share to TwitterShare to FacebookShare to Pinterest
Labels: Fantômas 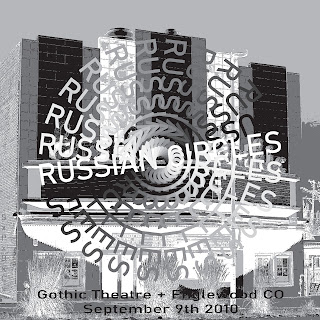 This Russian Circles set is from when the opened up for the newly reformed Sleep at the Gothic back in 2010.  They were touring for their Geneva album at the time and featured 3 songs off of it on this night along with some older material.
This was my first time seeing Russian Circles and I have remained a fan since.  They out a fantastic new album called Gnosis in 2022.  Go check it out if you dig this.
As always go support live music and the artists that make it happen.  Enjoy.
Russian Circles
Gothic Theatre
Englewood CO (USA)
2010-09-05
Recorded and Presented: SxPxDxCx
Source: MBHO KA-200N > JK Labs DVC-V12 > JB3
Transfer: JB3 > USB > Cooledit > CDWave > FLAC
Time (49:25.38)
01 Harper Lewis
02 Malko
03 Carpe
04 Philos
05 Death Rides a Horse
06 Geneva
LINK TO MP3 DOWNLOAD
LINK TO FLAC DOWNLOAD
LINK TO YOUTUBE STREAM
Posted by SxPxDxCx at 6:09 PM No comments: 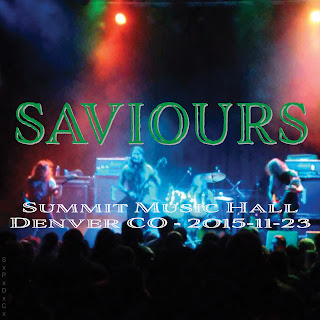 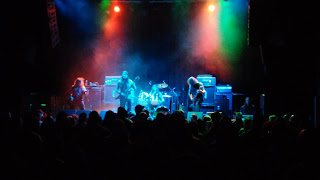 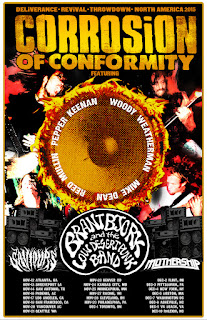 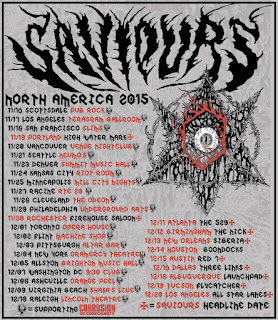 Saviours are a heavy rock band from Oakland CA that has put out a handful of rad albums and EPs over the years.  Their last album came out in 2015 so I'm not sure they are active anymore.  Hopefully they knock of the dust and resurface at some point.
This was a killer show with Corrosion of Conformity, Brant Bjork, and Mothership on the bill too.
I've posted those sets on here previously.  Enjoy
Saviours
Summit Music Hall
Denver CO (USA)
2015-11-23
Recorded and Presented: SxPxDxCx
Source: AT933 C > SP-SPSB-1 > M10
Transfer: M10 > USB > Audition > CDWave > FLAC
Run time: (34:06.27)
01 We Roam
02 Devils Crown
03 Circle Of Servants Bodies
04 The Seeker
05 Burning Shrine
06 Hell's Floor
07 Crete'n
LINK TO MP3 DOWNLOAD
LINK TO FLAC DOWNLOAD
LINK TO YOUTUBE STREAM
Posted by SxPxDxCx at 7:01 AM No comments: