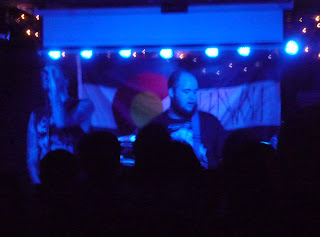 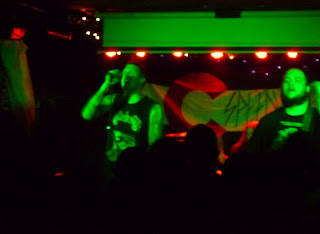 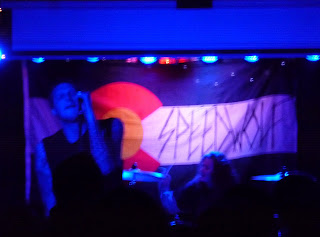 Do you like your metal with a touch of dirty rock n roll on the side ala' Motorhead?  Then Speedwolf is for you.  These guys are my favorite Denver metal band at the moment for good reason.  They just tear it up live.  Do yourself a favor and go check these guys out if you get a chance.  They are hitting the road really soon too so if you don't live in Denver you are going to get a chance to witness the fury.   Don't miss out!!   Denver 666 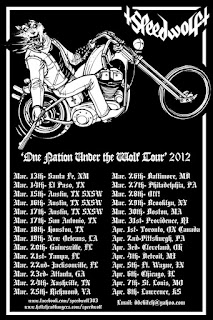 Taped and Transferred by James Freeman


LINK TO FLAC DOWNLOAD
Posted by SxPxDxCx at 7:39 AM 2 comments:

Here is another one out of the archive.  The manic rock n roll styling of the Jon Spencer Blues Explosion.


LINK TO FLAC DOWNLOAD
Posted by SxPxDxCx at 6:48 PM No comments:

I was way late to the game with Fugazi.  The two consecutive shows that they played at the Ogden in Denver turned out to be the last time they came to Colorado before they went on hiatus.  It was also the first time I had ever seen the band.  I wouldn't say that it changed my life but it did open my eyes to a bunch of music that I just hadn't paid much attention to before.

People talk about how the Velvet Underground didn't sell a lot of records but everyone that bought one started a band.  I think something similar can be said about Fugazi.  Except I like all the bands that Fugazi spawned way better then that boring junkie rock.

Anyway the band was totally cool with us bringing a mic stand in and recording the show.  I seem to recall chatting with their sound engineer at the show as well.  I think he came over and checked out the gear we were using.  As it turns out he was recording all of their shows himself.  They released a bunch on a CD series back in 2005 I believe.  Now they have setup an online web store where they have  been posting shows and charging the super reasonable price of $5 per download.   I checked and this Denver show is not up yet.

But for sure if you like Fugazi, or if you are hearing them for the first time on my recording and dig it, go there and give them some money.  They deserve it.


This was one of the many shows that me and my friend Chapper recorded back at the beginning of the 00's.  We recorded the next night in Denver as well.  If there is interest I'll get that one posted too.


LINK TO FLAC DOWNLOAD
Posted by SxPxDxCx at 9:57 PM No comments: