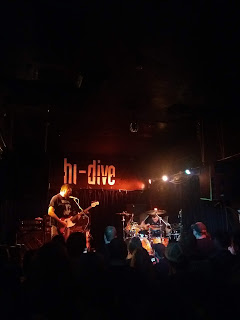 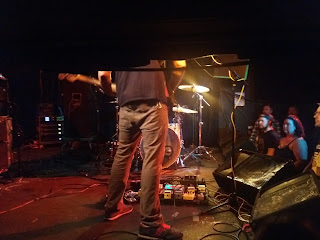 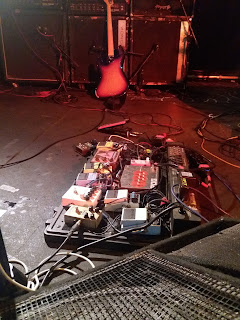 I just love what these guys do.  They are a not to be missed band when the come through town.

Always fun to see a drummer setup sideways on the stage so you can really see them go to work.

This turned out really nice I think.  Enjoy. 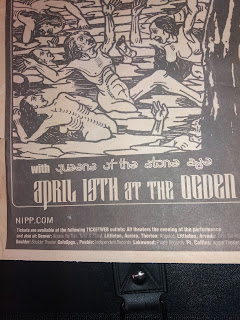 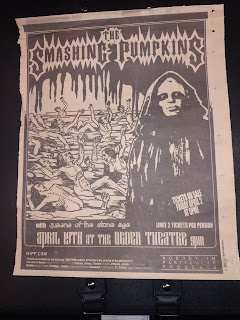 This is the 20th anniversary of the first time I recorded live audio at a concert.  I had been thinking about doing it for awhile.  I was way into live recordings and at this point I was buying a few of the unauthorized CDs that were floating around.  I had an website for trading CDRs and was starting to acquire a good collection.

I vaguely knew what it took to make recordings.  I had copies of a cassette with Slayer and Megadeth's sets from the Redrocks Clash of the Titans tour stop that my friends cousin had made. It was pretty rough but a fun listen. I though I could do a better job so it planted a little seed.

Then years later I meet a guy at a Foo Fighters in 96 or 97 who I saw messing with his DAT tape deck.  He was a bit cagey but nice enough to answer some questions for me about his gear.  That really peaked my interest and I started looking into gear.

My first foray was a minidisc recorder and some small coresound binaural mics.   I did a few test runs at home but the first in the field run was at Smashing Pumpkins show with Queens of the Stone Age opening.

I botched the Pumpkins recording and don't think I'll be sharing that one but I managed to capture 99% of the Queens of The Stone Age set.

I hadn't listened to this recording for a long time and I recall it being way worse than it is.  My gear wasn't quite equipped to handle the loud volume of a big show like that so there is some clipping and distortion.   I've polished it up as much as I could and it's more than listenable.

I figured it was a nice enough to share a a glimpse into where I started on this odd hobby.  It's been a fun 20 years and I have seen and recorded so many amazing things since then.  I have also met a ton of fantastic people over these years in relation to live music that I call friends to this day.

I don't get out and record nearly as much as in my heyday but I don't stopping anytime soon either.  It's become as much of an obsession as a hobby.

So here is my first recording every.  Enjoy.


Queens Of The Stone Age