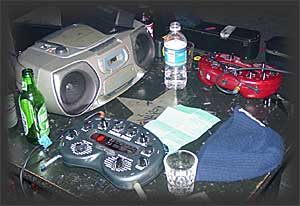 This was a show with just Lou Barlow and Jason Loewenstein playing along to a boombox drummer. They dubbed it the "Turboacoustic" tour.  Above is a shot of their setup.  Pretty interesting show.

Great song after great song and some nice stories and chit chat.

I hadn't seen Sebadoh since 1999.  They stopped playing shows after that tour.  I remember at the show at the Fox in Boulder Lou and the drummer got into a shouting match well into the set and the drummer stormed off.  Lou, maybe jokingly, asked if anyone in the crowd knew how to play drums.  Some guy up front was raising his hand and Lou got him up on stage and they finished the set.  Crazy.

Anyway this is from their reunion tour and is a nice sounding board recording.  I hope you enjoy it.

LINK TO FLAC DOWNLOAD
Posted by SxPxDxCx at 8:24 PM No comments:

Email ThisBlogThis!Share to TwitterShare to FacebookShare to Pinterest
Labels: Sebadoh 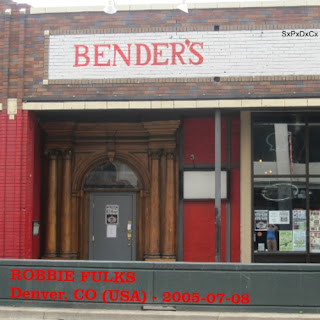 I love Robbie Fulks acerbic take on county music.  The man can really write a hell of a song.  Maybe a bit to clever for any one in Nashville to appreciate.  He fit right in with the alt country, Bloodshot, gang though. Never got to see him with a full band unfortunately.

I did catch this kind of odd show of his at the missed Benders Tavern.  Odd in the sense that it started really early.  Like 6:30 or 7pm.  He was also a bit chatty so we got kind of a story tellers show from him.

Great mix of songs from his newest album at the time, Georgia Hard, and old favorites and some fun covers. Including Cher and Joe South covers.

Really nice sounding board recording with an added bonus of an interview / performance that he did earlier in the day on the radio.  Enjoy

LINK TO FLAC DOWNLOAD
Posted by SxPxDxCx at 6:42 PM No comments: 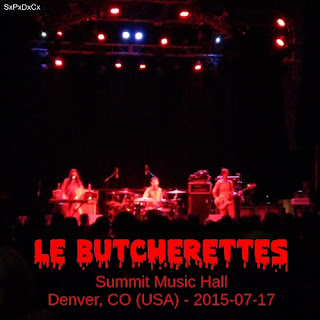 I love when I get to see an band that I may have heard of but not heard that totally kicks my ass.

Le Butcherettes did that for me the other night.  Fun high energy show and heavier than I expected for some reason.  Great live band.  Sounds like they have a new album coming out really soon so I picked a great time to get hip.

If you have a chance to see them live don't miss it.  Go buy their stuff.  Totally worth it.

Here thy are opening for the Melvins last Friday.  Botched the levels on what I did capture of "Burn the Scab" so I didn't included it on this recording.  Enjoy.

% played but not recorded 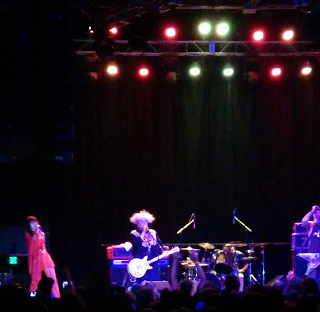 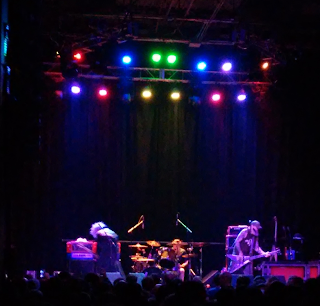 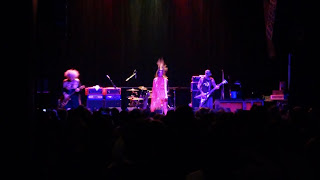 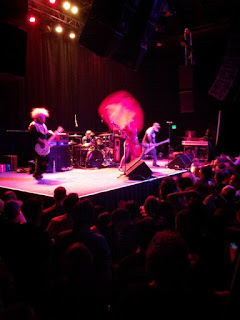 Just did a count and I thing this was my 26th or 27th Melvins show.  Can't think of any other band that I have seen as many times.   Still after all these years the Melvins manage to keep it fresh and mix it up just enough to keep it interesting.

Not much else to say.  The opener Le Butcherettes was amazing too and I'll be posting that soon.

Email ThisBlogThis!Share to TwitterShare to FacebookShare to Pinterest
Labels: Melvins 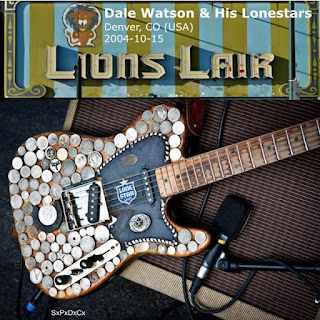 From what I recall this was a great show.  Lets just say that I was glad to have woken up the next day with this fantastic recording to fill in the blanks.  Always a danger at the (Worlds Famous) Lion's Lair.

If your a fan of of the classic hard drinking, hard loving, truck driving county music than Dale Watson is for you.  He has tons of great original tunes and a flair with covers.  Backed up by his shit hot band you just can't lose.

Not much else to say but enjoy this very nice sounding board recording.

If you get a chance go see him on tour and buy some of his records. 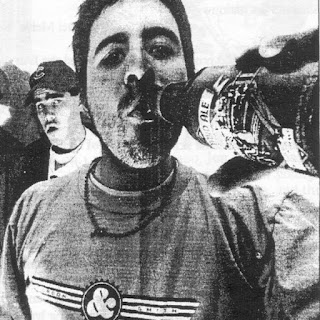 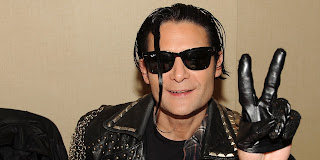 These guys made a bit of splash in the 00s.  They put out some fun records that I still listen too.
Live was a hit or miss proposal but the shows were always fun.

Here I have a collection of two shows that they played in 2000.  They first one was when the opened up for Corey Feldman.  Yes that Corey Feldman.  He had a sort of blues rock band back then that wasn't very good.  He drew a pretty decent size crowd for this show. Some truly genuine fans and a some that just wanted to see a train wreck.  I was in the latter camp but also really wanted to see Hate Fuck Trio and Space Team Electra open the show.

Side note.  I was walking back from the restroom right before Corey Feldman came on.  He body guard standing in the way of everyone saying "stand back stand back!!  Mr Feldman won't be signing any autographs at this time"  I looked around and seriously no one was even attempting to do that.  I just wanted to get back to my beer.

Hate Fuck Trio was not well received but they didn't give a shit and had a good time with the cool reception.
I think there are some songs in their set that never made it on any of their albums.  Nice cover of Moistboyz too.

The second show was when the oddly opened up for what was billed as Ron Jeremy's S&M side show.
What a dumb idea.  Stupid unfunny MC and not anything particularly sexy.  The crowd hated them at this show too.  After their short set Tommy the band drunk comes out and plays a couple songs too.

Sound quality isn't the best but it's more than listenable.  Good for a nice glimpse in to Denver punk rock past.  Enjoy

LINK TO FLAC DOWNLOAD
Posted by SxPxDxCx at 12:52 PM No comments: