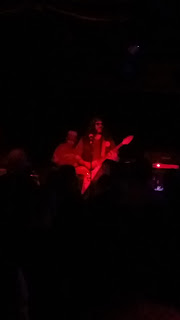 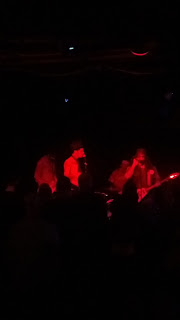 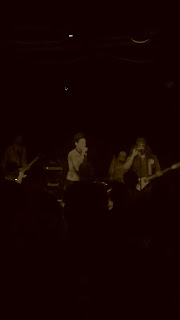 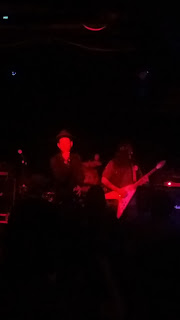 I've been a Brant Bjork fan for a long time and pretty much celebrate his entire catalog.  The man crushes it live too.  On this tour we got an added bonus.  Sean Wheeler from Throw Rag fame was on tour with him and got on stage to handle some of the vocal duties for a few songs.  Good time.

I think this turned out really nice.  Enjoy. 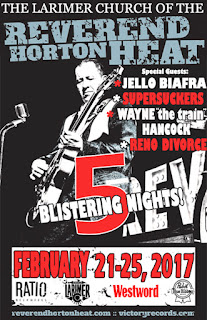 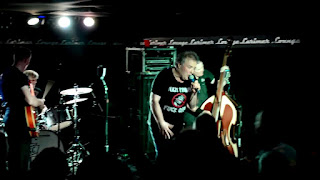 I've seen the Reverend Horton Heat a whole shit ton of times so when these shows came up I was interested but not bummed that I wasn't going to make it.  Just too busy having just moved to a new place the week before.

Then I started hearing about the shows from friends and it sounded like a really good time.

Lucky for me my buddy Jim was at the shows and recorded it.  He sent it to me to share with the rest of y'all.

Nice mix of old and new from the Rev and some fun stage banter.  About mid set Jello Biafra comes out and sings some songs with the RHH including some Dead Kennedy's songs!!  He has a couple good stories too.

^ Jello Biafra featured on these songs


LINK TO FLAC DOWNLOAD
Posted by SxPxDxCx at 8:38 PM No comments:

Email ThisBlogThis!Share to TwitterShare to FacebookShare to Pinterest
Labels: The Reverend Horton Heat 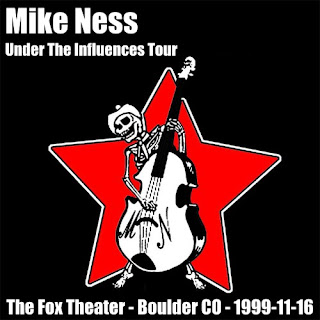 Sorry for the long time between posts on here.  I moved recently and that took up a lot of my time for the last month or two.

Here is a nice recording of Mike Ness on the Under The Influences tour for his string of cover heavy solo albums.  I really enjoyed those CDs when the came out.  Was talking about this show with some one not to long ago so I pulled it out of the archive and decided to share it.

Track 12 where Mr. Ness overreacts to a ball cap being tossed up on stage and ends with saying "remember what happened in Denver" can use a bit of an explanation.

Mike Ness played in Denver back in the summer of 1999 on this same tour.  During his set there were some jackasses that where pushing around some guy in the crowd.  All the while flipping of Mike Ness and generally being assholes.  Early into his set Mike says "If I see anymore of the two guys against 1 guy shit I'll come down there and take care of you both".  The song starts but before long Mike throws down his guitar and leaps over the barricade swinging.  He gets in the guys faces but security pulls them apart and Mike gets back on stage.  Oddly security doesn't throw out the two trouble makers.

Mike then proceeds to talk shit to these two knuckleheads for what seemed like 10 minutes.  They start into another song and he throws down his guitar again and jumps back over the barricade followed by the drummer.  This time security drags the two guys out the side door of the Ogden followed by the entire band.  10 minutes go by no one inside is sure what is going on but the band all come back out on stage and the show goes on.  Pretty wild.


LINK TO FLAC DOWNLOAD
Posted by SxPxDxCx at 9:29 PM No comments: