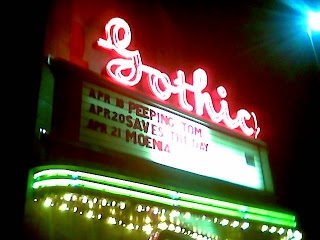 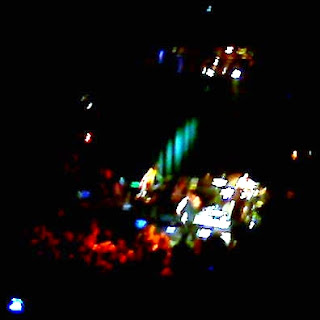 Mike Patton fans talked in hushed tones about the forthcoming Peeping Tom project for years and years before it ever saw the light of day.  Supposed demos were leaked and it never was quite clear what direction the project was going to take.  Lovage is a better example of were it ended up than Fantomas.

Trip hop?  Modern R&B, Freestyle rap, beat boxing.  It's all in there.  If your fan of any of that or a Mike Patton fan in general this is worth checking out.

# Unsure this is the correct title
*unsure if this is the title.  It just what Mike says right before the start 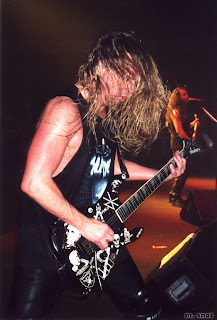 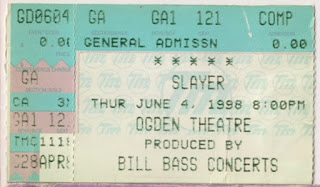 In honor of Jeff Hanneman of SLAYER passing away recently I thought I would post some live stuff on here.  First up is SLAYER live at the Ogden Theater back in 1998.  I won six comp tickets from some online contest.  I remember they showed up at my house via FEDEX.  I gave 4 of them away to friends and then the other 2 to some random kids out front.

This was right after SLAYER had released Diabolus in Musica.  What some people branded their sell out nu metal album based on one track Stain Of Mind.  I guess it had a bit of different sound for SLAYER but the rest of the album is heavy as hell.  Scrum, Bitter Peace, Screaming From The Sky.  Great stuff I think.

Maybe because the album was so new they only played one song from it.  Rest of the setlist is super solid.

System of a Down and Clutch opened up the show.

The first track suffers a bit from the taper adjusting the levels a bit but hang in there it gets better.


LINK TO YOUSENDIT FLAC DOWNLOAD
Here is a little added bonus show.  I've never heard a recording from a Denver stop of the Reign In Blood tour but this little gem from Salt Lake City will  have to do.  A little unsure about that date.  This is a nice sounding recording from the soundboard.  The band is on fire too.  They're so fucking fast.
SLAYER


LINK TO YOUSENDIT FLAC DOWNLOAD
Posted by SxPxDxCx at 5:02 PM No comments: