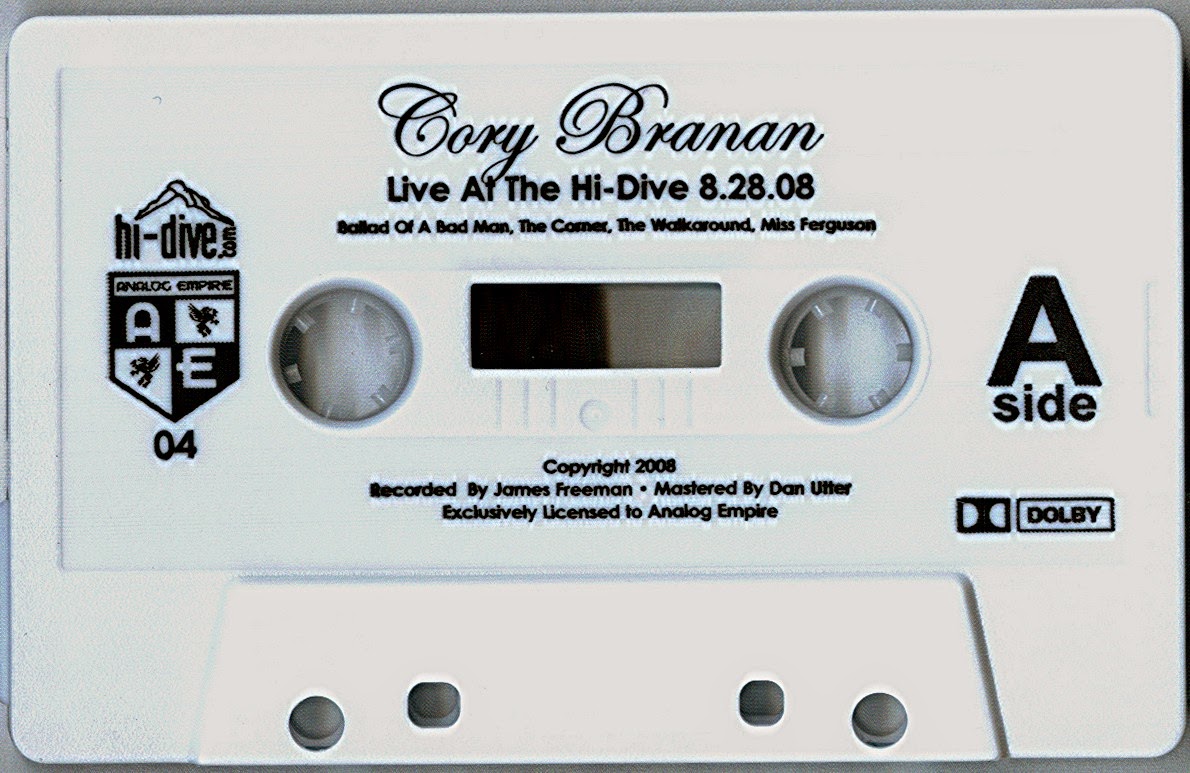 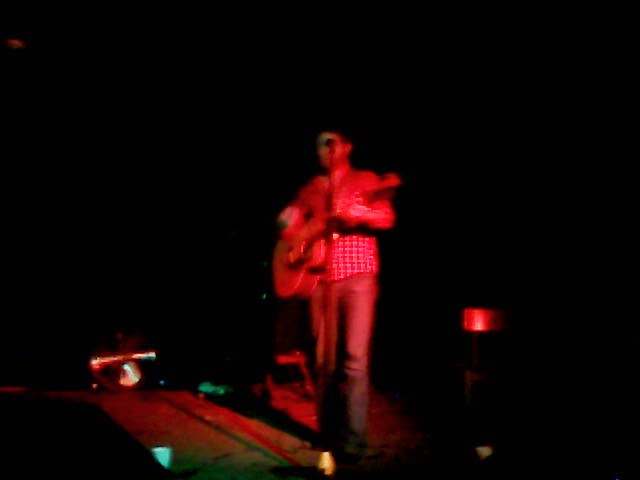 I can't remember is this was the first time I got to see Cory Branan.  I seem to think maybe I caught him at least one time before.  Either way when Charly Fasano of Fast Geek / Analog Empire asked if I would come down and record Mr Branan for a cassette release I said yes immediately.  I would have been down at the Hi Dive recording it anyway truth be told.

They only put out 100 copies of this cassette so it it long out of print.  The cassette, due to size limitations and other issues, isn't the complete show.  I asked Charly if it was ok for me to post it up here and he said yes.

Cory has just put out a fantastic new album on Bloodshot Records called The No-Hit Wonder.  It will be in my top 10 list this year for sure.  He is a great guitar played and lyricist as well.  He sort of defies categorization since he's not exactly county and he not exactly a pure singer song writer type.  Maybe that is why I'm such a big fan.

At this show he played some old favorites like Tall Green Grass and some tunes at the time were brand newish like The Corner and Survivor Blues.  The finger picking he does on his cover of Thin Lizzy's The Boys Are Back In Town blows my mind every time I listen to it.  He also breaks out the rarely played The Wreck of the Sultana.  An all round amazing show.

Don't miss a chance to catch Cory Branan live if you get and chance and if you haven't picked up his new album yet go do it right now.  Seriously what are you waiting for.

This being a pure soundboard recording and him not being in front a large chatty crowd.  There are some moments of silence interspersed on this recording.  He also sometimes turns away from the mic for effect.  It's all part of the magic.  Enjoy.

Check out what Cory Branan is up to here  http://corybranan.com/

Check out what Charly Fasano is up to here, including a new spoken word 7" he's putting out with some of the dudes from Lucero backing him up http://fastgeekpress.tumblr.com/

LINK TO FLAC DOWNLOAD
Posted by SxPxDxCx at 10:45 AM No comments: