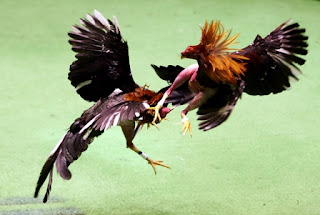 These guys were a force of nature on a tiny stage.  I was lucky enough to catch them when they were a rock and roll beast.  Like and angry rooster with blades on it's feet cutting everything up in it's path..  This post documents a cold March weekend back in 2000.  Doesn't seem like it was 11 year ago but I guess it was.

The main recording is of the show MCD played at the greatly loved, and greatly missed, Starlight in Ft Collins Colorado.  Tacked on to the end are a few tracks from the night before at the also greatly loved and much missed 15th Street Tavern.

The doors were at 3:30 or so and MCD played about 5.  It was weird being in a bar watching rock and roll so early.  They played so early because The Royal Crown Revue was playing later that night at the same venue.  Anybody remember the swing revival?  Yeah that's what I thought.  I also thought they were dicks for making The Amazing Royal Crowns change their name.  Anyway....

Here is my recording of the night with some extra songs from the 15th Street Tavern the night before.


LINK TO FLAC DOWNLOAD
Posted by SxPxDxCx at 3:41 PM