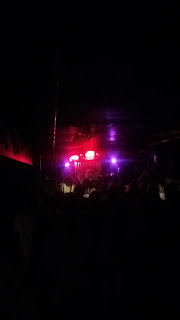 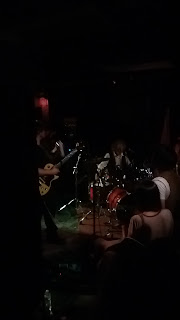 Here is the headliner of the first night of the Electric Funeral Fest Vol.2.  Drummer extraordinaire Corky Laing playing songs from Mountain and other projects he has been involved in through out the years.

Corky has an extensive discography and has a million great stories.  Some of which he told on this night.  I see that him and Leslie West wrote a book about their history called Nantucket Sleighride and Other Mountain on-the-Road Stories.  I'll bet that is a good read.

He brought along a pretty hot shit band and had a very enthusiastic reception from the late night crowd.  I saw a bunch of people wearing Mountain shirts at the Fest the next day.


LINK TO FLAC DOWNLOAD
Posted by SxPxDxCx at 11:41 AM